After three consecutive nights of one-and-done, white knuckle baseball delirium that wrapped up with Tampa Bay’s 4-0 win over the Indians last night in Cleveland, a more comfortable five-game divisional round gets underway this afternoon.

Baseball’s strange playoff structure is part of its charm, of course. After a 162-game regular season marathon, major league baseball locks in for a four-week long postseason sprint. As such, strategies that govern the day-to-day during the summer are scrapped in the fall. October sees steadfast bullpen roles thrown out the window, and conjures strange realities like Delmon Young being the most feared hitter on the face of the earth.

Or, as Billy Beane of Moneyball fame, once put it: “My shit doesn’t work in the playoffs.”

In short, playoff baseball is impossible to predict.

So let’s make some predictions:

THE SKINNY: Everyone with a baseball soul is rooting for the Pirates in this series – and likely in any series the Bucs play for the duration of the postseason.

Skipper Clint Hurdle and his gum-destroying temples have been magical this season, bringing Pittsburgh to their first postseason berth since 1992. They’ll be talking about the atmosphere at PNC Park for Tuesday night’s 6-2 Wild Card win over the Reds for decades in Pittsburgh. The Bucs seem to have caught lightning in a bottle with the right combination of veterans surrounding their talented core of young players.

The Cardinals have been to baseball what Michigan State is to college basketball. Every spring, the Cardinals seem to have some glaring deficiency that is going to keep them from being a contender. And yet, every fall we seem to be watching them in October. They are annoyingly effective in their execution of the fundamentals, they have a never-ending stream of talent coming out of their annoyingly-deep minor league system, and the annoyingly-loyal fans that pack Busch Stadium every year are annoyingly-knowledgeable about the game. They are annoying mostly because there is no legitimate reason to cheer against them.

X-FACTOR: Yadier Molina is a first-ballot Hall of Fame catcher, and is the heart and soul of the Cardinals roster. He is a five-time Gold Glove winner, he hit a career-high .319 this season, and he keeps the young St. Louis pitching staff from realizing they are pitching in the biggest games of their lives.

Molina knows the Pittsburgh hitters well, and will be a tough out at the plate in his own right. His presence will require the Pirates to play a perfect series to advance.

PREDICTION: The Pirates have had a remarkable season, and I will be pulling hard for them in this series. Their chances are much better in a shorter series, especially considering they come into St. Louis feeling invincible.

However, Pittsburgh ace Francisco Liriano will only be able to make one start in this series given his seven-inning appearance in Tuesday’s game. The St. Louis lineup will come up with too many big hits against an unproven Pirates bullpen. CARDS IN FOUR

THE SKINNY: Dodgers manager Don Mattingly did his best Erik Spoelstra impression this summer. He sidestepped rumors about his job security earlier in the season, harnessed the egos that go along with a $220 million payroll, and guided the team to a silly 50-13 record from June 22 through the end of August. The surge corresponded with the emergence of Cuban lightning rod Yasiel Puig and dominance of Cy Young shoo-in Clayton Kershaw. The team cooled off in September, but their star power is undeniable.

Meanwhile, the Braves laughed off popular World Series pick Washington in the NL East, and clinched the division sometime shortly after the All-Star break. First baseman Freddie Freeman enjoyed a breakout season that has landed him in the NL MVP discussion. Offseason trade acquisitions Justin Upton (27 HR) and Chris Johnson (2nd in the NL with a .321 average) have performed beyond expectations. Shortstop of the future Andrelton Simmons became the shortstop of the present, and closer Craig Kimbrel led the league with 50 saves.

X-FACTOR: Korean import Hyun-jin Ryu (14-8, 3.00) has been excellent for L.A. this season. If Atlanta can manage a split the first two games against the Dodgers big 1-2 punch, Ryu’s potential Game 3 start would be the swing game ofthe series.

PREDICTION: The Braves announced late this week that their $60 million second baseman Dan Uggla would be left off the playoff roster, in spite of his seventh 20+ home run season in eight years. This probably has something to do with his .179 average and 171 strikeouts in 448 at-bats this season.

Atlanta brass is probably onto something with this move. Although the Braves led the league in home runs, they also led in strikeouts. With Kershaw and Greinke set up to make four starts in a five game series, this could spell disaster for the Braves: DODGERS IN FIVE

THE SKINNY: Once again, Oakland GM Billy Bean has done some sabermatric voodoo and assembled a roster of guys you haven’t heard of (unless you are a fantasy baseball addict, which I realize is very possible if you’re reading this) to create a 96-win team. The cornerstone of Moneyball’s 2013 edition is third baseman Josh Donaldson (.301, 24 HR, 93 RBI). Donaldson would be one of the first names mentioned in a conversation about AL MVP candidates if he wasn’t playing his home games in a cavernous football stadium on the wrong side of San Francisco Bay.

Beane has sprinkled in the requisite smattering of underappreciated veterans (Coco Crisp, Bartolo Colon) and other organizations’ castoffs (Jed Lowrie, Chris Young). Young arms A.J. Griffin and Jarrod Parker highlight a very solid rotation, and Grant Balfour has fist-pumped and screamed/spit his way to 38 saves. (Have to feel for Balfour for having the worst name for a pitcher since Bob Walk.)

Detroit comes into the series boasting MLB’s only 20-game winner (Max Scherzer) and its ERA champion (Anibal Sanchez). Amazingly, neither of those guys is named Verlander. Scherzer (21-3, 2.90 ERA) is probably the Cy Young favorite in the American League, and Sanchez somehow managed to live up to the huge contract he signed last winter.

It should say something that Jim Leyland’s team won 93 games, yet it still feels that they have underperformed. Miguel Cabrera is rumored to be hurt, but is still likely the most dangerous hitter in the game (outside of October Delmon Young of course).

Nobody can blame Jim Leyland for chain-smoking himself into oblivion considering Detroit’s bullpen. After the colossal implosion of Jose Valverde last fall, human rain delay Joaquin Benoit has graduated from a setup role to the closer’s role more due to necessity than merit. Detroit’s 4.01 ERA ranked 24th in the majors and is easily the worst among 2013 playoff entrants.

If the Tigers’ rotation can shoulder the load (See: Ozzie Guillen’s ’05 White Sox), and just ask their relievers to be average, they’ll be tough to beat.

PREDICTION: Although this is Torii Hunter’s first year in Detroit, he has quickly become the heart and soul of the Tigers’ clubhouse. The 37-year-old Hunter hit second this year for the first time in his career, and enjoyed an All-Star season (.304/.334/.465) hitting in front of Cabrera.

Look for Hunter to get on base enough in front of the big boys in this series to provide enough run support for an impressive starting rotation, and provide enough cushion for a shaky bullpen. TIGERS IN FOUR

THE SKINNY: After winning their third game in three cities in four days, Tampa Bay comes into the ALDS feeling very good about themselves – with good reason. Excellent defense, solid pitching, and the best role players in the game have the Rays back in the mix this year. Franchise third baseman Evan Longoria has been hot, and Delmon “October” Young and James Loney have been mashing at the bottom of the order.

With a league-best 97 victories this year, Boston has successfully re-loaded. After jettisoning (insert derogatory adjective) Bobby Valentine following a 93-loss season in 2012, new Sox manager John Farrell returned to Boston after two years with the Blue Jays. He was given some slack by the Boston brass, but hasn’t needed it. The Sox managed to hit on most – if not all – of their off-season free agent acquisions Mike Napoli, Stephen Drew, Jonny Gomes, and Shane Victorino.

Along with the Pittsburgh-St. Louis series, this series represents the first intra-division matchups in the LDS since the Wild Card era began in 1995. It will be interesting to see how the teams’ familiarity with one another will affect the outcome, especially in a short series. The Red Sox have won 12 of the 19 games between the two teams this season, but Boston is hitting under .210 against Tampa pitching.

X-FACTOR: Manager Joe Maddon is indeed a baseball man, but when he talks you might just as easily guess that he is a professor of mathematics or a wine connoisseur. 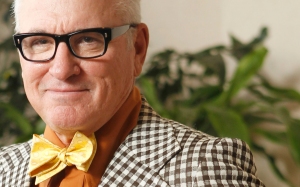 Maddon has no regard for traditional pitching roles. For example, 2012 Cy Young winner David Price served as the Rays’ pseudo-closer during the team’s run to the 2008 World Series. Maddon will bring a lefty out of the bullpen to pitch to a right-handed hitter if he likes the matchup, is not afraid to shake up his lineup even when things are going well, and he uses platoons like they’re going out of style.

PREDICTION: Joe Maddon knows things you and I don’t. If there were such a thing as PED’s for baseball-related cognitive prowess, Maddon would have already been accused. RAYS IN FOUR