Wednesday night will have a “Major League” feel to it in Cleveland. Playoff baseball will be returning for the first time since the Tribe blew a 3-1 lead in the 2007 ALCS to the Red Sox that were managed by one Terry Francona. Well now the man who erased the curse in Boston is sporting Indians gear as skipper of the Tribe.

The game is sold out. The Indians are riding a 10 game winning streak leading up to the matchup against the Rays. There is only one thing left to do… go win it. I won’t even get into how the media will love writing a story about Francona’s return to Boston; I’ll save that because after all this is Cleveland.

This Indians team does not have a lot of things you would normally expect to see from a playoff team. There is no 20 game winner… actually not even a 15 game winner (Masterson 14). They do not boast a 40 home run or 100 RBI guy, in fact team leaders have 22 HR and 84 RBI (Swish and Kip respectively). But Swisher does bring a championship attitude and being an Ohio guy he can really ignite a crowd and more importantly his teammates.

On paper you would have a hard time believing this team is in the playoffs. The Indians payroll is 7th among playoff teams (Tampa, Oakland, Pittsburgh) so this does make for a good matchup in that sense. Tampa does have a couple more high profile players in David Price and Evan Longoria, though. Maybe Eva will make an appearance Wednesday night? 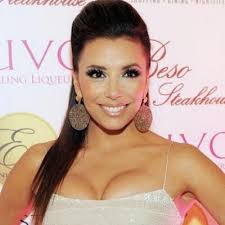 Now that I have kept your attention (well at least she has), what does all of the prior mean?

Absolutely nothing. This is win or go home. One bad pitch and that could be it. One miscalculated steal or bobbled grounder could be the difference.

It’s Alex Cobb v. Danny Salazar and not many of your casual sports fans could tell you which guy is pitching for which team. I expect it to be playoff baseball at its finest.

Playoff baseball is back on the shores of Lake Erie and it would be absolutely fantastic to see it stick around for at least another week.