Four weeks into the season, and of course there’s surprises as always. How many people expected the Steelers and Giants to both be 0-4? Who thought that the entire AFC East would have at least two wins a piece thus far? What were the chances that the Jaguars were still an actual franchise? You know the kind with uniforms and everything? God awful uniforms but uniforms damn it. Pretty unbelievable how unpredictable the NFL can be. 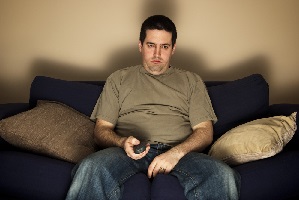 Unpredictable to most, anyway.

Not this guy. This guy sees right through the NFL. With the combined 742 hours of NFL coverage I watched while unemployed for nearly eight months I may or may not have had an advantage on the normal responsible human being, but hey, we all have our gifts. I’m thinking of running for congress with my next job since I’m so good at doing nothing. Just living the dream. Man…

If there’s anything I’m as good at as doing absolutely nothing it’s making educated preseason predictions about sports. I mean, I did study Sport Management in college which definitely makes me an expert on the subject matter. I thrive for knowledge and perfection though, and what better way to better myself than self-assessment? Ahhhh, Week 4 Guess Who’s Not Making the Playoffs Report Card.

Overall, I still feel confident about this pick. As impressive as the win at San Francisco was in Week 3, I had the Colts at 3-1 at this point of the season. Congrats on beating the Raiders and Jaguars. Want a cookie? Get back to me after this next four game stretch with Seattle, San Diego, Denver, and Houston on the horizon. Kudos to the Colts for landing Trent Richardson, and as much as I think it helps the Colts with what they want to do, they are still a year away with an average offensive line at best.

LOL Joe Flacco. Man, nobody expected the kind of numbers that he put up in the playoffs, but my God, he’s awful. You can’t put all the blame on Flacco though. His offensive line has struggled this year, and Jim Caldwell needs to be fired effective immediately. Have you seen the stat line from last week’s game at Buffalo? Don’t bother, I’ll tell you right now. The Ravens dropped back to pass 54 times. They ran the ball nine times. NINE! I don’t even know what to say to that. They did just pick up Eugene Monroe from the Jaguars so maybe that will help, but I certainly hope not. I like being right, it’s fun. Weeeeeeeeeeeeeee.

SOMEBODY GET ME A WHOPPER

Weeeeeeeeeeeeeee. Being right is fun! I have to say though; I didn’t expect the Chiefs to be this good. Their defensive line is just wreaking havoc on anything that tries to get in their way and Alex Smith is doing more than just “managing” a game. Hey, what do you know? A legitimate coach helps you win in the NFL. What a resounding thought. This team had six Pro Bowlers last year and went 2-14. Astonishing, really, when you think about it. Quick question: Who has bigger hands? Alex Smith or the guy from the Burger King commercial?

Being wrong sucks. I may have been wrong about the Steelers this year, but I’d be willing to bet my life that Mike Tomlin is vacationing somewhere fantastic with babes, sipping on Mai Tais, and being badass while Omar Epps is pretending to be coach on the sidelines.

Just another day at the office. Vikings don’t look good, and now they have to rely on Matt Cassel (at least for now). Ask the Chiefs about that. Adrian Peterson is on pace for just under 1,700 rushing yards which insanely enough doesn’t seem impressive anymore. What is impressive is the fact that Christian Ponder is nursing his cracked rib and probably getting grapes fed to him and his feet rubbed by Sam Steele. God, to live that life…

Hi Sam. I missed you

To quote the great philosopher Bart Scott, “Dey can’t even stop a nose bleed!”  The Redskins defense has started quite the trend in DC where people just don’t show up for work. Side note: How bad is Matt Flynn? Guy gets the worst defense in NFL history at home and can only put up seven offensive points? Guess that’s why he’s now third string behind Matt McGloin. Speaking of nose bleeds… Anyway, RGIII isn’t the same, and it’s a shame that Adrian Peterson has made us forget that tearing your knee up nine months ago is still a significant injury. Only positive coming from this season for the Skins is the high draft pick in 2014. Oh, wait…

Suddenly that road schedule that I believed would hold the Packers back this year doesn’t look so bad. As I thought would happen, the Pack went into their bye week having lost at San Francisco and Cincinnati, but now the games at Baltimore and New York Giants don’t look too terrifying, pedestrian at best really. Let’s get this out there though, Aaron Rodgers is a douchebag, right? Like, I find him to be extremely fake. I think Greg Jennings was on to something. No surprise from a guy dying to be called ARod I suppose.

Has there been a better combo of Jimmy Graham and Darren Sproles since Twins? Nope, and I dare you to debate this. Drew Brees and Sean Payton are back together and they haven’t skipped a beat. The most terrifying part about all of this is the Rob Ryan is actually doing a good job (as a defensive coordinator and not just as a “Dude” impersonator). Out of New Orleans and Seattle, whoever gets home field advantage is probably going to the Super Bowl. 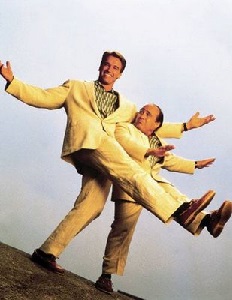 This pick only had a chance if the Lions decided to stay disciplined both on and off the field which they’ve done a good job of so far. Of course this could change in the blink of an eye, but Reggie Bush is back to being USC Reggie Bush and all is well in Detroit. HAHAHA just kidding, Detroit still sucks, but boy are they making me look good (among other things/cities).

I just puked in my mouth. Here’s the crazy thing though…After this week the Giants may only be one game back of first place in the garbage NFC East. Not dead yet!