With the Red Wings (and CBJ) moving to the East in the NHL I figured I would help out all the Detroit fans and give them a guide to hating all the different teams in the Eastern Conference. While I am a Pens fan I know many a Wings fan and want to give them some direction on which teams to hate and why.

The Wings had been in the Western Conference ever since the 1982 season and drafted Yzerman in 1983 so the majority of Wings fans only remember them as members of the West. They have made the playoffs every year since 1991 and in that time have played at least one playoff series against every team in the West except the Minnesota Wild. (They did play the Northstars however, which gives you an idea of just how absurdly long this playoff streak is.)

With this many playoff series against this many teams the Red Wings have hate with just about every team out West. If I were to ask a Wings fan about a hate guide to that conference I am sure I could get back a 5,000 word manifesto in about 30 minutes. The hate runs deep.

Well now they have moved East with the CBJ and their hate extends to the Penguins because of our Cup duels and Toronto from when the Leafs used to be in the West 18 years ago. They are hate blind, unsure of how to muster hatred for teams like the Buffalo Sabres and the Philadelphia Flyers. (It won’t be that hard)

Don’t worry as I am here to guide you through the fields of hate. Let’s start in your division…

Boston Bruins: Yes it is just as easy to hate the Bruins as much as it is all other Boston teams. Despite the fact Days of Y’Orr is a fantastic blog the Bruins fans themselves are typical Boston assholes. The Bruins are also easy to hate because they are so damn good. Lucic and Chara are monsters and Brad Marchand is a professional dickhead. These guys are the best in the East and your games with them will get plenty of hype and hate. Hate Level: 9

Buffalo Sabres: I think you will find it hard to hate the Sabres for the same reason you find it hard to hate anything from Buffalo, they are just sad. Once upon a time they were Cup favorites but then their goalie Hasek up and left and won two Cups with Detroit. So if anything this will be one where they hate you and you ignore and laugh at them and potentially take Ryan Miller to be your backup and win a Cup and Buffalo continues to be sad. Hate Level: 2 Ignore Level: 9

Florida Panthers: Yes you may not know this but there is a team in Florida called the Panthers. That has not just been a joke this whole time when you checked the standings. You even took one of their good players this offseason in Stephen Weiss so if they had fans besides Michael Peterson they would hate you. You will not hate them though since half of their ticket sales are from visiting fans on their spring break. The only interesting part about them is they used to throw rats on the ice and they just signed Tea Party member Tim Thomas. Hate Level: Negative 5 Ignore Level: A Billion

Montreal Canadiens: Now this is a team you can hate. And when you hate Montreal you are also hating on French Canada which is clearly the worst part about the country. Their fans are obnoxious and will show up to your arena speaking French and talking shit about how they have more Cups than you even though 20 of those were won before they were born. Plus they play such a boring brand of hockey that it will makes the Predators seem like the 80s Oilers. You know you are a boring team when your best and most exciting player (PK Subban) is a defenceman. Hate Level: 8 Hate for France: 10 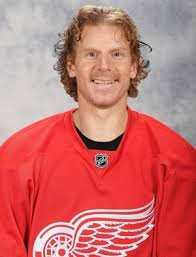 Man He is Ugly

Ottawa Senators: This team will be identified as “the team you had no idea had shitty fans but they do and now you know and you hate them.” A lot of this has already been brought to Wings fans attention when they signed Alfie away from the Sens but get ready to have this team be your new favorite team to hate. Their owner is a crazy person who also employes Chris Neil so this also makes him a hypocrite. I am sure they will somehow blame their lowballing of Alfie on him, oh wait, they have already done that. Get ready to hate. Hate Level: 10

Tampa Bay Lightning: It is going to be hard for you guys to hate the Lightning for the simple fact Stevie Yzerman is their GM. I understand how most of you feel about him and he has built a team that you can’t really hate anyway. They got rid of shithead Vinny and Marty St Louis might be the nicest guy in the league. Plus they have Stamkos and rookie stud Jonthan Drouin. Plus they play virtually no defense your superstars can pad their stats and score highlight reel goals like Geno. On top of that Boyle is a TB fan and it almost impossible to hate him. The more I type the more I find myself liking the Lightning. Hate Level: 1 Like Level: 5

Toronto Maple Leafs: Some of you might remember back when the Wings and Leafs were rivals before Toronto moved East in the early 90s. Back then they were a loaded group with a bunch of tough guys. Now they are a train wreck with a bunch of tough guys. Last year they led the NHL in fighting majors and somehow almost beat the Bruins before collapsing in epic fashion. The best part about the Leafs is that they are like the Cowboys because they are the most popular team in Canada but haven’t won anything in forever. It is too bad Brian Burke is gone because he would have been fantastic on 24/7. We will just have to make due with whomever replaced him. Hate Level: 7 Hilarity Level: 8

Carolina Hurricanes: It is going to be hard for me to come up with something for the Canes. Not only are they not any good but you guys beat  them to win your third Cup under Bowman meaning when you see them all it does is bring up good memories. So just take solace that the five Hurricanes fans out there are plotting their revenge for 2001 and just how hilarious that is if true. Hate Level: 1 Good Memories Level: 10

Columbus Blue Jackets: You brought these guys with you and while I shouldn’t hate Columbus because they have been irrelevant I still hate them for the same reason you do; they are in Ohio. The CBJ isn’t the train wreck it once was and are actually getting better. You also swept them in their one playoff appearance as a franchise so they hate you too. Hate Level: 3 Hate for Ohio: Infinity times infinity

New Jersey Devils: It is too bad the two of you guys never met in a Stanley Cup Final over the years with all your Cups combined. Back in the day this team was probably the most hated team outside of the Avs. Scott Stevens and the boys played a slow muck and grind game that was boring to watch and they hurt your good players. Now they can’t score and aren’t that good but still were able to get Corey Schneider so they aren’t going away. Plus they have Jagr which is both funny and annoying at the same time. Hate Level: 6 (Update: They did meet in 1995 and I forgot. The Devils won in 4)

New York Islanders: Normally I would just type, hahahahahahahahahahahaha, but I can’t do that anymore. John Tavares is a legit superstar and the Islanders pushed the Pens to 6 games last year. While they still aren’t a great team they will and can get under your skin. They are also headed to Brooklyn which means you could potentially go to a game there and enjoy yourself soon. Hate Level: 4 Hipsterness Level: 10

New York Rangers: It is hard to hate a team that has this man on their team but then you remember they are in New York and its not that hard. The toughest part will be them firing John Tortorella. I mean just watch this press conference clips. That man basically begs you to hate him and you would but he has moved on to the West. I am sad. I miss Torts. Can Vancouver move to the East please? Hate Level: 6 How Much I Miss Torts: 10

Philadelphia Flyers: I really don’t think I have to put that much here. I understand you swept them to win a cup as well but just wait for Hartnell to attack Datsyuk and get your HATE level up to Patrick Roy levels. These guys will get you to take penalties and their fans will make you want America to invade Philly. You already knew this though and I am sure have mentally prepared yourselves accordingly. HATE level: 10

Pittsburgh Penguins: I am just going to go ahead and put this here. Still hate us? That is what I thought. Let’s light this fire back up. Hate Level: 10

Washington Capitals: No wonder you hate the Pens so much, every other team you played in a Cup final you swept. We were not only the ones who beat you but actually gave you a series in 2008. You will hate the Caps at first and then when you beat them in a playoff series after falling down 2-0 and the collapse epicly you will love them. Hate Level: 5 Collapse Level: 10

So I hope this helps as you move from West to East. Like most everything in hockey, you won’t really feel the hate until the playoffs. That is unless Phil Kessel two hands a Red Wing in the face, then its on.

Also if one of you Red Wings fans could type up a hate guide to the West for the Winnipeg fans I am sure they might appreciate it. (I am joking its so cold up there already that all their computers are down.)

One response to “Red Wings Hate Guide to the Eastern Conference”