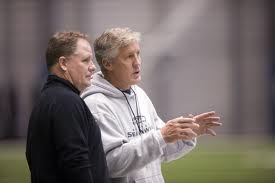 Hey Cleveland Browns fans… How do you feel about landing Chud and not landing Chip Kelly as your Head Coach? We all know you have “Chuddies” for Chud as your new coach but how can anyone honestly not say that they aren’t jealous of what they saw from the Eagles offense on Monday night right?

It’s not the intention to hate on Cleveland Browns and their fan base with this post (as much as I thoroughly enjoy every opportunity to rip on the “Mistake on the Lake”), but rather to expose a realization yet to be talked about on ESPN, NBC, Sporting News, Bleacher Report or any other media outlet…

That is if you are an NFL GM, looking to hire a head coach, how do you not call the Pac 12 and poach their best coach? David Shaw, the New York Jets are calling…

With Chip Kelly’s breathtaking debut on Monday night, quickly shutting up a rocking Fed Ex field and all RGIII headlines, is most recent support for my case. Chip ran 53 offensive plays in the first half, putting 27 points on the board in that time. He took over a team that ranked dead last in passing touchdowns, last year, 23rd in rushing touchdowns, lost Jeremy Maclin, basically lost Riley Cooper and still managed to look untouchable.  It was like watching Oregon in the NFL.

Chip is the most recent addition to the NFL head coaching fraternity and the NFL looks happy to have him. Now how about taking a look at two other recently new NFL head coaches. Jim Harbaugh & Pete Carroll…If you fancy yourself a good NFL fan, you should know how they’ve done. But to put pen to paper on how effective they have been here are a few combined stats from the last two years: 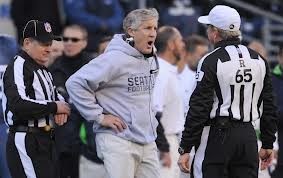 Here’s a question: What was the worst division in the NFL before the season started in 2011? The NFC West.

Now what is perceived as the top-to-bottom best conference in the NFL? Oh the NFC West.

Now digressing away from the NFC West love and diverting it back to the point. How impressive have the recent hires (Chip Kelly, Jim Harbaugh, & Pete Carroll) from the Pac 12 been? So often NFL coaches just don’t work out.  For a long while it was a common notion that college coaches just weren’t suited for the NFL, at least up until recently. Even Nick Saban was an awful NFL coach on his first attempt.

Chip, Jim & Pete are proving that football geniuses that can create their own system and dominate it at the collegiate level can absolutely thrive in the NFL. All three coaches have their own unique way of coaching. Harbaugh is a lunatic, jacked up on god knows what and more intense than a nail-gun to your skin for an hour. Carroll is more of the Rico suave, “hey i’m 60 years old, I smoke a lot of weed, I love the west coast, and I love being all three as an NFL coach” kind of guy. Chip is just like the evil scientist who locks himself in a room and has creepy “Ah – Ha” moments when he isn’t facing his team or coaching in a game. The commonalities among the three is they are incredible football minds that know how to lead a locker room, commanding respect from every single player on the team. 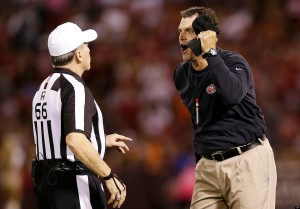 Now, none of these coaches have yet to get over the hump and win a Super Bowl. But not only were they always at the elite level at the college scene, they will be getting cozy at the big kids table now that they are in the NFL. Harbaugh & Pete already have done so and from the looks of Monday night, Chip is going to make himself real comfortable with the the NFC East.

It’s safe to say that this Pac 12 experiment conducted by the three NFL teams brave enough to take a shot on it has worked. There is no Eagles fan in my blood but after watching them on Monday night, they became a team I want to support (when not playing the Bears). It’s kind of fascinating that this factoid hasn’t made Sportscenter headlines, but needless to say after the three teams are well above .500 by mid-season, it’s going to be a key highlight of this season. The three of them have made fans of me, I think they’ll be the talk of the NFL throughout this season…