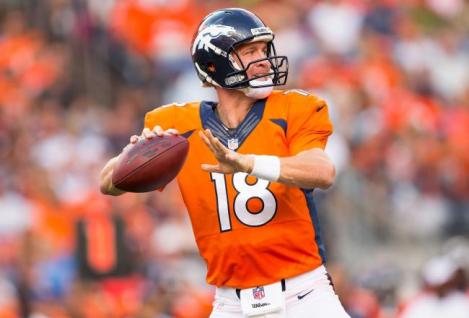 When I set out to write the first feature article on the first day of the NFL season I set out to diagnosis perfectly how the defending Super Bowl champs would fare against the Denver Broncos on opening night. Ultimately the goal was the pretend like the crystal ball at my apartment was going to give me all of the answers which in turn would give you the insight you look for in this article.

Instead one thought just kept creeping up that couldn’t get away. Something in my brain was just preventing me from putting out something that would really be insightful to the masses. In actuality, unless you are a Ravens fan, a Broncos fan, or have significant individuals on your fantasy team playing tomorrow night, the only thing that tonight represents to the mass public is that the NFL is back!

Millions of people will tune in tonight just in the spirit that the NFL is back rather that they have a dog in the race. America’s favorite sport and soon to be America’s greatest past time (say 20 years from now), can’t go away for at least the next 22 weeks for the mass public to consume because the NFL is great.

And in order to commemorate that greatness, it really is only fitting to talk about one thing and one thing only. Well, actually not just one thing, rather just one man and one man only…Peyton F@#KING Manning.

Yes that’s right, Peyton Manning. Tennessee Volunteer’s finest. All day as I was trying to come up with my angle for my story and I was simply lost in the “YouTubing” ‘Peyton Manning’s Best Commercials’. 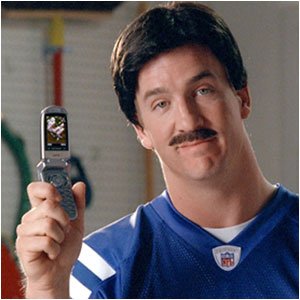 So as you all turn your TV sets to NBC tomorrow night at 8:30pm (EST), let us all take a moment to commemorate the greatness that this 6’5”, 230lb Quarterback with a “Laser Rocket Arm” has provided to us as he is about to embark on his 16th year in the NFL (not counting the 2011 season)

Needless to say there are plenty of quarterbacks currently in the NFL that are capable of making it to Pro Bowls (see Andy Dalton), capable of winning a Super Bowl (see Joe Flacco) and that there are also many other elite QBs in the league (Rodgers, Brees, Brady, Cutler (obvz)), but outside of Brady, really none hold a candle to Manning.

As Peyton embarks on his 16th season of strapping on the shoulder pads, leading the Broncos offense like he knows best, America needs to take a moment to pay homage to Peyton and his greatness.

And now America, please get ready to kick off the start to your NFL season by also paying homage to America’s most charismatic, undeniably funny athletic comedic act since Bill Walton… Mr. Peyton Manning (and sometime’s his brother Eli and dad Archie)!!!!!