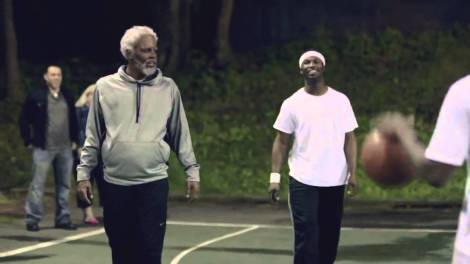 “The game has always been, and will always be, about buckets…” – Bill Russell

Andrew Bynum and his hair (which has gotten so ridiculous, there is a blog dedicated to it. More on him later.

WHAT THE %$@??!…Google  “Anthony Bennett highlights”…. Watch…. nod their head in agreement with the pick and think “damn, this guy can do a lot of really good things on the basketball court, if he puts it together watch out…”

A few months later, he’s already looking like the greatest 4th quarter scorer in the history of the NBA. Kidding, but I’m in on the Bill Simmons school of thought here; rookies who show great things during meaningless games (summer league, preseason) doesn’t mean they will be great, but it’s a good sign. A poor showing usually doesn’t ever turn out well. In Bennett’s case, he’s looked good and that 4th quarter against the Magic showed just why he was picked #1 over. So far, so good in the A.B. era.

Tristan Thompson deciding after 22 years on this planet, he is in fact NOT left handed after all… 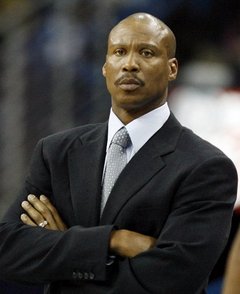 * PER, or Player Efficiency Rating, measures a player’s per-minute performance, while adjusting for pace. 15.0 is the league average. Here are some 2012 PER’s to give you an idea:

How we got here

The Cavs were certainly not a good team last year, as their record reflects. Statistically their starting 5 was awful, with the exception of Kyrie and Tristan. Dion and Zeller have a legitimate excuse, as they were rookies and it takes time to adjust to the NBA.  Alonso Gee is another story. He is absolute train wreck and has no excuse. According to PER, there were 327 BETTER players than him in the NBA last year. There are 30 teams in the NBA, and they usually have no more than 10 guys that play. That’s only 300 players. It doesn’t take advanced metrics to tell you this, but Alonso Gee shouldn’t be in the league, none the less starting for an NBA team.

If you were wondering why in the world the Cavs started Alonso Gee last year, the answer is simple. That ladies and gentlemen, is how you tank! They knew how bad Gee was, but what’s the rush to be mediocre? Ask Milwaukee Bucks fans how that’s going. There is only one way to win a title in the NBA nowadays: get a superstar (or 3) and surround them with a really good supporting cast. There are only 2 ways to do this; build through the draft or sign a bunch of high-profile free agents. If you’re a small market team in an uninspiring city, good luck with the latter. A dude who just sat out the entire 2012-13 season, and still has no timetable for his return, is consider the best free agency singing in the history of Cavs basketball?! (hold on, I’m taking some shots).

I applaud Gilbert and co, they learned from their mistakes in the LeBron era (trying to get good too quickly and signing veteran FA’s) and took a play from the Thunder Playbook (run your young stars out there for a few years with no veteran help and accumulate as many top 10 picks as possible). I think all Cavs fans like the strategy, and like the talent that has been assembled. I think all Cavs fans would also agree that at some point the young assets and hype need to turn into something of substance. It’s that time for Cleveland.

After last season’s third consecutive tank fest, expectations are sky high in the factory of sadness. The Cavs enter the season as one of the more polarizing teams in the league. However, they enter with plenty of questions and few answers.

1. What should be expected from Andrew Bynum? 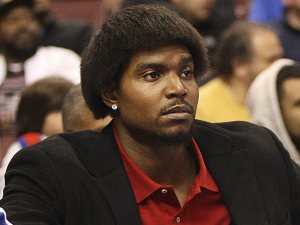 We all hope for better hair, and better play this year

The truth is probably not much. He has not been game ready for about 2 years now. I don’t know any injury prone big men who have all of a sudden turned things around and been able stay healthy. There is still no timetable for his return. I wouldn’t expect more than 15 games out of Bynum this year. With that said, I love the move for the Cavs. He’s on a cheap, one year deal with a team option for a second year. If it doesn’t work out, we simply move on and have money to sign a max player next year (cough LEBRON, cough). However, if he does find his way back on the court, this is a game changer.

Even if we only get 80% of the old Andrew Bynum, that still a hell of a. He would still be a top 5 center in the NBA. A healthy Bynum is a guy who can guard every other center in the league one on one and commands double teams on offense. He would be a tremendous help to both ends of the floor. 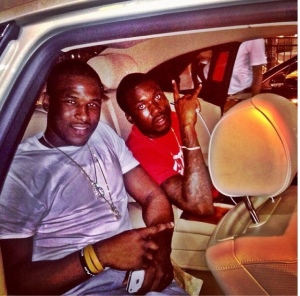 Good or bad thing Dion and Meek Mill are friends?

The 2012 NBA Draft was hyped as the best draft in a decade. Weather it lives up to that billing is still to be determined, but there is no question there were a lot of ridiculously talented players in that class. With the 4th pick, the Cavs went with Waiters, another pick that left Cavs fans a little puzzled. Waiters would go on to make the 1st team all NBA All-Rookie squad and finish 5th in Rookie of the year voting. Not bad for a guy who was 6th man on his own college team. The question on all Cavs fans mind is what is Waiters ceiling? Rookie success does not always indicate future success (right Tyreke Evans?), but it does mean the ceiling is pretty high.

Waiters post All Star break numbers are right up there with some of the best SG’s in recent memory. I’m not saying he will be as good as any of these guys, but I think people are too quick to cap his ceiling and write him off as a mediocre player.  Half the battle with these NBA guys sometime is getting them to truly care and get better each off season. I know for a fact Dion is putting in the work and has all the confidence in the world. He worked his butt off this summer, and went on record saying he thinks he can be the best SG in the league. Give me that attitude and work ethic over 75% of the NBA (lookin at you JR Smith).  I’m excited to see what he has in store for 2013-14.

3. Will the Cavs be players in the trade market?

This will be a huge story line overshadowing the Cavs season. The Cavs have 4 top 4 picks from the last 3 years, plenty of cap room, a veteran who could help a contending team in Varejao and the desire to turn into a playoff contender this year. If they get off to a poor start, or a team with a player they like starts slow, I look for them to make a move. I believe the Cavs would go one of two ways; try and land a superstar to play alongside Irving, or deal for a decent veteran on a one year deal that would be an immediate upgrade at the SF position.

The superstars the Cavs will be looking at are: LaMarcus Aldridge, Kevin Love, and Pau Gasol.

For Love or Aldridge to be moved, the TWolves or Blazes would have to stumble badly and decided they aren’t ready to contend and want to acquire future assets. Gasol is interesting because the Lakers more than likely want cheap, young assets to entice the 2104 Free Agent class. However, he is a free agent next year and is 33 years old. I would prefer the Cavs stay away from him, as I don’t think he’s worth any of our current assets.  For immediate help, I wouldn’t be surprised if they looked at a guy like Shawn Marion (1 year $9M), Caron Butler ( 1 year $8m) or even Danny Granger, who is in the last year of a deal that pays him $14m. I expect a deal of some sort to get done, as Gilbert wants to win this year.

4. Can Mike Brown have a big impact defensively?

Defense is probably the most overlooked aspect of basketball. It’s one reason I think Melo is overrated, but that’s another story. One thing that is not debatable is how import defense is to team success. Here are the top 10 teams in opponents FG % last season: 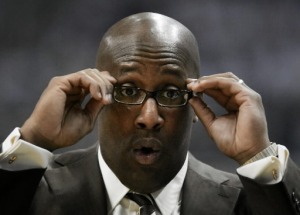 Mike Brown needs to be featured in an animated sitcom

That’s 9 playoff teams, including the all 4 teams from the East and West Conference finals. Sitting dead last in the NBA? The Cleveland Cavaliers. This isn’t just some minor problem, this is the main reason to doubt the Cavs success this season. Yes, the Cavs being incredibly young and inexperienced explains in part why they were so bad. But, it’s foolish to just assume that getting one year older will make them good defenders.

Mike Brown teams have annually finished as top 10 defensive teams, but he has always had all-world defensive players like LeBron and Kobe. I don’t see a defender of that caliber on the Cavs roster this season. This year will be a great test of Mike Brown’s defensive genius. If he can just bring this team to league average defensively, this may be his all-time best coaching job.

Even with all the uncertainty, this is the year Cavs fans and Dan Gilbert believe they will make the jump from perennial lottery team to viable playoff contender. At this year’s draft lottery, which Gilbert treated like a trip to LIV, he declared “It has been a long three years for the entire franchise, but we went through it, we came out the other end and we hope this is our last trip here to the lottery for a long time.” Translation, it’s playoffs or bust this year for the Cavs. It should be as well. Tanking is no longer acceptable. Winning 30 games is no longer acceptable. If the Cavs don’t make the expected jump, they no longer have excuses. Another poor season will mean the questions have been answered, and not in the way the Cavs had hoped.

This Cavs team is built very similarly to the current OKC Thunder team. In the 08-09 season, which was Kevin Durant’s rookie campaign, the Thunder (then Sonics) won 20 games. The following year they won 25 while also drafting Russell Westbrook. The next year, Durant’s 3rd in the league the made an uncanny jump and won 50 games. In Kyrie’s rookie season, the Cavs won 21 games (in the lockout shortened season). Last year they won 24 games, while also acquiring Dion waiters. This year will be Kyrie’s 3rd in the League, will they make a Thunder like jump to NBA playoff contender or does God really hate Cleveland?

The truth is this team could win 30 games if all goes wrong, or win 48 games if all goes well. I think the combination of Mike Browns defensive presence, the young players making the “jump” and the presence of veterans in the rotation leads to a successful season.