Today is our third installment of our twitter inspired NBA preview. The division we are going to be profiling is the what I consider the toughest division in the NBA the Central Division. Indiana and Chicago are proven main stays as elite franchises and teams that are capable of competing for a ring. Meanwhile Cleveland and Detroit both went out this offseason and acquired multiple players that have drastically improved the talent on their roster. What does the 6rings team think of each team well just see below.

@Its_what_ev: HEEES BAACKK! The return of DRose is finally here. In his absence Joakim Noah has become the best C in the NBA. Division champs, east finals 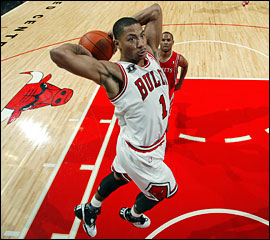 To Big To Fast To Strong To Good

@its_what_ev: Danny Granger is back & the Pacers have a vastly improved bench with Scola & CJ Watson. Indy can challenge Mia & Chi for tops in the east.

@Ju_2x: Paul George is beginning to play with that superstar swagger, his confidence is rising rapidly, watch out NBA.

@its_what_ev: I cant put my finger on the Cavs, Love Anthony Bennett pick in a weak draft but the team either exceeds expectations or sucks. I say playoffs

@ju_2x: We all know Kyrie can score, but defense will get them in the playoffs and Bynum will help that. They can be a dangerous team. 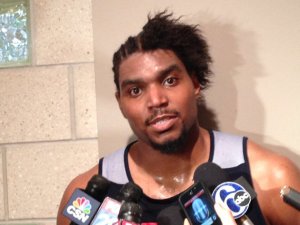 Cavs fans this your center.

@its_what_ev: ts not the bad boys. It’s the We Dont Give A Damn Crew. Jennings & Jsmoove as the key veterans leading a team with two young good bigs. O_O

@Ju_2x: Interesting mix of talent, won’t make the playoffs, but they will beat some teams.

@its_what_ev: so your idea of improving is replacing Brandon Jennings and Monta Ellis with Oj Mayo and Brandon Kinght. I’m Confused here ehhh its Milwaukee