It is mid October and the basketball team here at 6rings is getting pumped up, why ? Well as of today we are officially two weeks away from the start of 2013-2014 NBA Season. Last week Julian Kenner kicked off our build up to the NBA season with this wonderful piece on the return of Derrick Rose . This week Julian and myself are collaborating to bring you a shortened version of our NBA preview. Each day this week we are going to preview a NBA division focusing on each team in 140 character or less. Given that New York and Madison Square Garden are considered the Mecca of Basketball we are starting off with the Atlantic Division.

@Its_what_ev : Drake is a now a part owner of the raptors. Hopefully the fans will enjoy the halftime show because they will be sleep during the game.

@ju_2x : WATCH YA HEAD! They have some high flyers north of the border will it result in the playoffs? They have a better chance at the Super Bowl.

@its_what_ev: Dwill, KG, Truth, Joe Johnson, & Brook Lopez might be the best starting 5 in the league. Expectations in BK are as big Jason Kidd sons head.

@ju_2x: From a Lil’ Wayne and Bulls fan, Jay-Z just take your money and raise your child, Brooklyn has no chance in the East. 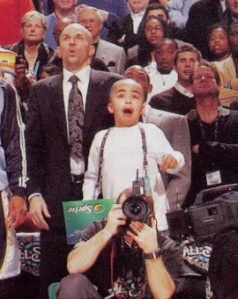 @its_what_ev: This is the make or break year for Evan Turner. Is he a star or role player ? No Iggy No Jrue it is officially his team. 76ers said lead us.

@ju_2x: Losing a premier big man who never played a game with you (Bynum) & an arguable top 10 PG (Holiday) will make it tough. who steps up?

@its_what_ev:  I bet Jeff Green heart skipped a beat when showed up at training camp. This is the worst Boston team in a long time. Rondo will be Traded!

@ju_2x: Boston better hope for a championship by the Red Sox or the Bruins because it is certainly not coming from the Celtics.

@its_what_ev: The Knicks improved their talent and added scorers. Now if only could they can keep Rihanna out the locker room and find Amare some new legs

@ju_2x: The division champs are looking to repeat With added talent hopefully they can focus their energy on the right side of the ball *cough* Melo 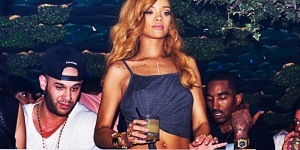