We are one week from college football being back which means life is about to have meaning again. Last week edsbs did a ranking of their Top 25 most interesting teams and I figured I would join in on the fun.

Instead of just teams I am going to rank my top 25 things that only college football bring into my life. Number one is my favorite thing but from there it is all the best and brightest this fare sport has to offer. Enjoy…

1. Michigan Football: You knew this already.

2. Johnny Football Playing Football: This is, of course, assuming he actually gets to play this year. When he does though it is fantastic. I plan on enjoying Manziel for the next four months before he gets thrown into the NFL war machine in January. Hopefully he makes it out alive but part of me knows the next I will hear of him will be the 30 for 30 in 2043 after Jason White III wins the Heisman. (Jason White III also won’t have knees and look similar to Darth Vader. The future is going to be rough people.)

3. Having Structure in My Life: Football season gives me a schedule that I can build my life around and actually gets me to remember dates. I can tell you that on August 31st, 2002 as I watched Michigan beat Washington on a last second field goal and then had a blast at my Aunt Brigid’s wedding. Ask me what happened 2 weeks ago and I won’t be able to figure out if it was July or August then.

4. Tweeting This Play and it Not Be Considered Weird: I would tweet that out 365 days a year if it was socially acceptable. It is my favorite non Michigan related play ever and it has everything from Chris Simms, Teddy Lehman and of course Musburger. (More on him in a bit)

5. Big Non Con Games the First Week of the Season: Georgia at Clemson is the headliner but others include North Carolina at South Carolina, TCU vs LSU, Boise St at Washington and poor VT takes on Bama. (It is nice to not to play Bama this year.) Once the playoff starts next year and strength of schedule becomes more of a factor I hope we see even more of these.

6. The End of the BCS: It has been a weird and strange run for the BCS that ends this year. While there was always controversy and it did help gain the sport popularity in its own weird and twisted way. I suspect the committee will also generate some issues and the new system won’t be perfect but at least New Year’s Day will matter again. (Don’t worry BCS, we will always have Texas/USC.)

7. Baylor Bears: Last year #HOLGO and WVU were the Big 12 team I followed and this year that honor goes to Baylor. Much like edsbs I enjoy Coach Briles and have no problem watching a shootout when its not my team. If you look at their schedule they might end up just like WVU last year with a hot start and a rough finish. Godspeed Baylor.

8. I Like Comedies So Being Back Around Pitt Football: I have not lived in Pittsburgh for a football season since 2003. When I left at least Pitt had Larry Fitz but now they are a disaster. Paul Chryst is trying to clean up the mess but it will take time. Their home schedule might actually get me to go to a game at Heinz Field. (I stress might.)

9. Will Muschamp: The man is out of his mind and I enjoy people that act in such a way. He can also teach you about woodpeckers. Knowledge is power. 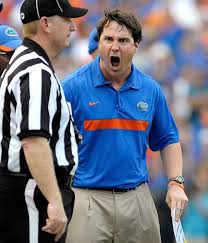 10. Pittsburgh Pirates Baseball: I know this technically has nothing to do with college football but for the first time in my life the two will combine to make some sort of Super Fall filled with emotion. All I want is a playoff game at PNC Park.

11. Pac 12 Football: The SEC gets all the pub and is the best conference in America but the Pac 12 will make a run at that title this year. With 2 legit National Title contenders in Oregon and Stanford along with six other potential bowl teams there will be good football on every week on the West Coast. On top of that they have fun coaches Mike Leach and Sonny Dykes.  I hereby deem it socially acceptable to stay in Saturday night by yourself and watch Wazzu at Cal. (Tell your significant others that the government says its okay.)

12. Laughing at the Iowa Boxscore: I in no way want to actually watch Iowa play football this season. (Outside of when they play Michigan.) Instead I intend to read their boxscore on Sunday mornings and have a nice laugh. Seriously, look at the box score against Nebraska last year.

13. Bama vs A&M and Oregon vs Stanford: These were two of the best games of the year in 2012 and should be again this year. In each instance the visiting underdog beat the undefeated juggernaut. We won’t have to wait long for Bama/A&M as they play on September 14th but the Trees/Ducks game takes place Thursday November 7th in Palo Alto. Get your finest popcorn ready for that one. (I have a select batch aging to be ready for that night.)

14. Brent Musburger: I get that he is creepy and cheesy but thats what I love about him. He is that crazy old man who makes you feel nostalgic when he drops his “You are looking live!” line. When he and Herbie get together you know you are in for a good night of football.

15. UTL II: Speaking of legendary Musburger calls, Michigan and Notre Dame will relive their classic game from two years ago in Ann Arbor on September 7th. I will be in town and hopefully will score a ticket. This is the last time the two rivals will play in the Big House for a long time and if the shenanigans are anything like two years ago then I might need to start mentally preparing myself right now.

16. Reading Smartfooball: If you aren’t reading everything Chris Brown writes then you are doing it wrong.

17. Rocky Top: While The Victors is the best fight song in all the land it is followed closely by Tennessee unofficial fight song “Rocky Top.” I have been fortunate enough to hear the Tennessee band play this in person and in college we would randomly play this at parties and ten of us would sing it at the top of our lungs while everyone else wondered what on earth was going on. (We threw some raging parties as you can tell.)

18. Big XII Football: While they may not have a National Title contender this year no team plays a more fun type of football. The conference averages the nations highest plays per game at 75 and games can explode into insanity. (That OU/WVU game from last year happened the same time both K State and Oregon were being handed their first loss and yet I couldn’t take my eyes off of what was happening in Morgantown.)

19. It is Alright to Eat Horribly: I eat horribly 52 weeks out of the year but once football season happens everyone else joins in. Football season kicking off is like a 3 month training session to prepare yourself for Thanksgiving. You must be in tip top eating shape if you are going to eat enough to pass out during that Cowboys game Thanksgiving afternoon.

20. Sparty’s QB Situation: Dantonio just announced that they have a 4 way QB competition. I look forward to the innovative Jim Bollman coming up with a formation that involves 4 QBs on the field at the same time.

21. The College Gameday intro, CBS Intro and Really Any Intro in General: I am a sucker for a good intro theme or montage. The CBC intros for hockey are legendary and college football has some fine ones as well. Just listen to the CBS intro and try not getting hard. I am also a sucker for a well done intro for a specific game.

22. Twitter + College Football: More than half of the people I follow on twitter are associated with college football and their banter is always welcoming. Tuesday nights with #MACtion or a Saturday laughing at Celebrity Hot Tub tweets is a fine way to spend a weekend. (I am single ladies, can’t imagine why)

23. Two Bye Weeks for Michigan: In a rare occurrence Michigan, along with most teams, have two bye weeks this year. While some might think of this as a bad thing it gives nice spacing to the season and allows me to try and do something else during football season. (When I say do something else I mean go to some other school’s football game.)

24. Muppets!: An MGoBlog tradition after a big Michigan win. I hope we get plenty of muppets this fall.

25. No Fall Weddings: I am already 1-0 this fall as I have no weddings disrupting the Holy Day of Saturday. Amen

Others Receiving Votes: Clowney Killing Someone Other Than a Michigan Player, Mountain West Football, The Brown Jug: Both the Bar and the Trophy, Duke, Athens Georgia (This should probably be number one.)