Alright so the NHL reboots tonight with the Hurricanes playing the Sabres. (Get excited!!!) Everyone else drops the puck by Friday and each team has 22-25 more games to get themselves ready for the NHL postseason.

A big day happens next Wednesday March 5th with the trade deadline and as teams finalize their rosters for the post season. In the next week teams have to determine what moves they should make and if they have the cap room to make those moves. (See Capgeek)

Some teams are strapped due to the low cap number ($67 million) and some bad contracts. Let us break down each conference and decide who is buying, selling and who is staying put. For more detailed team by team breakdown go here. 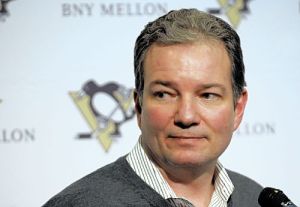 Cup Contenders: Boston and Pittsburgh: The two teams that met in the ECF are the only two teams in the East that feel like they could actually beat a team from the West in a seven game series. Boston is in the better spot with only one major injury to veteran D man Dennis Seidenberg. They have the cap room to make a move to replace him or may just ride it out with the team they have. They have a balanced lineup that lacks a true scorer so they could make a move for one of the rentals but not necessary. As long as Chara and Rask are healthy they will be a tough out.

The Pens are a much bigger question mark due to injury. RW Pascal Dupuis is done for the year with an ACL injury and leaves a gaping hole on Sid’s line. Beau Bennett could have filled that void but he has been out since November with a broken wrist and while he is expected back in March not sure Shero wants to rely on him to be the guy. Shero will want a top six guy here but doesn’t want a rental. It will be interesting to see who he ends up getting.

To complicate matter Kris Letang suffered a minor stroke and Paul Martin broke his hand in Sochi so the D corps continues to be banged up. Good news is the Pens have the bodies to plug in to play, the problem is they lose the ability to trade those bodies. Despres is the guy everyone expects to be traded but not sure they can given the injuries.

Also goalie Tomas Vokoun is coming back from his blood clot scare that kept him out all year and that means the Pens will probably keep three goalies on the roster since they don’t want to lose Zatkoff on waivers. Basically its complicated and I am glad Ray Shero is going to piece the puzzle together and not me.

Playoff teams: Tampa, Montreal, NYR and Toronto: I use the phrase playoff team loosely. As of this moment these are the teams that have solidified themselves as playoff teams but that can all change with one losing streak. The two teams to look for being busy are the Rangers and Leafs. Ryan Callahan has been on the trading block for a month now and if they don’t get an extension done the Rangers want to move him. There is talk of a Marty for Cally swap but I will believe that when I see it.

Meanwhile you never know what the Leafs might do. They give absurd contracts to guys like David Clarkson and amnesty guys like Mikhail Grabovski. They could do anything, it is always fun to watch.

“Get me outta here”

Atlantic Bubble: Detroit and Ottawa: I really don’t know what is up with the Sens. I thought they would be better but they have just been average all year and really don’t have an excuse for it. The Red Wings on the other hand have been banged up all year and now face a playoff chase without Zetterberg. Datsyuk is also banged up and Stephen Weiss has been banged up all year. So the question becomes do the Wings add and maybe give up a good young asset to keep the playoff streak alive or do they just ride it out? Good luck Ken Holland.

Metro Bubble: Everyone but the Islanders: John Tavares is done for the year so there go the Islanders hopes and they were pretty much sellers anyway. (Altho lets see what they actually get for Vanek.) As for everyone else in the division I have no idea. The standings change daily and one major injury could affect all of these teams. I expect the majority of them to ride it out but look for the Flyers to try and do something to boost their blueline. (Hopefully that doesn’t include trading for Shea Weber.) Also will Marty Brodeur get traded?

Sellers: NYI, Fla and Buffalo: The Islanders will move Vanek and the Sabres will try to move their entire team. The Panthers are an overlooked team in my eyes that have some decent assets and every reason to move them. Goal for each of these teams is to drive up the price and have teams oversell to get rental parts.

Meaningless Prediction: Vanek, Miller and Moulson all move out West. The Panthers make some minor moves that have a bigger impact than expected. Ryan Callahan stays in NYC.

Cup Contenders: Anaheim, St Louis, Chicago, San Jose: I would have put the Kings in here but their slide the past month puts them closer to the bubble. For each of these four teams there needs to major shake up. Chicago might move Brandon Pirri if for no other reason than to let him play somewhere else. There have been Ryan Miller to the Blues rumors for a while now and that would make sense since they want to win the Cup. Not sure they will give up what Buffalo is asking though. 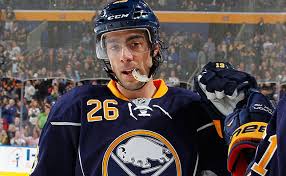 Meanwhile the Ducks and Sharks have very balanced lineups with some injuries. The Sharks might make a move depending upon Hertl and Couture’s injuries and the Ducks will probably stand pat even though Jonas Hiller is a UFA in the summer.

Playoff teams: Avalanche and LAK: I feel like the Avs get overlooked by everybody, including me. Roy has them entrenched in the playoffs and they have plenty of talent up front offensively. Big question will be do they move one of their forwards to add to their defense.

The Kings need offense. Everyone knows this so it will be hard for them to leverage anything but the good part is their are plenty of rentals if they are looking to go that route. Biggest obstacle will be dealing with the cap since they only have under 3 million to work with. I wouldn’t be surprised if this was the first domino to fall.

Bubble teams: Wild, Phoenix, Vancouver and Dallas: The Wild are the most interesting team because they have been linked to both Vanek and Miller. Everyone expect Vanek to end up in Minnesota next year when he is a free agent so it makes sense that the Wild make a move for him. Add in Miller and it gets interesting because that means taking on over 10 mil in cap space so someone has to go. (Everyone looks at Danny Heatley.)

Coyotes and Dallas seem like the best bets of this group to just ride it out with what they have. Each would look at getting into the playoffs as a bonus but each is building for the future so they won’t give up anything major.

Vancouver is interesting for the opposite reason of Minnesota. The Canucks are a sinking ship having lost seven in a row prior to Sochi and don’t appear to have many good young asse

Come win a Cup with us in Pittsburgh

ts outside of Bo Horvat. (Who they won’t move.) So it may be advantageous for the Canucks to give up one or two guys in hopes of getting younger. I know that sounds crazy given their recent success but there are worse ideas. (Like adding older bodies to a sinking ship.)

The Maybe Bubble teams: Winnipeg and Nashville: Each isn’t that far off to make the eight seed. But then again is making the eight seed their only goal? I doubt Nashville adds any pieces but I could see Winnipeg making a run given their recent surge prior to the Olympics. (I want the Pens to get either Blake Wheeler or Michael Frolik. Frolik is for sure more realistic given the cap situation.)

Sellers: Calgary and Edmonton: Hello old friends. Here you are again in the basement. Trying to figure out how to get the hell out I assume. Either that or you just love it there. Calgary is going to be in the long term sell mode so look for them to just shed rental guys like Cammalleri and Stempniak.

Edmonton on the other hand seems like a whole different mess. They have rental prices to move but could also blow the whole thing up and trade one of their good young assets in order to actually build a defense. God only knows with the Oilers though. At least they had the good sense to trade for Scrivens.

Meaningless Prediction: Miller to the Blues, Vanek to the Wild and Moulson to the Kings. Also expect the Oilers to do something insane.