Last weekend in October and I assume those of you with significant others are heading off to your local pumpkin patch this Saturday. Fear not my friends as this weekend’s college football sets up perfectly for such an activity.

There are very few Noon games of note and it would be smart to get out there early to not only pick the best pumpkin but be back in time for the good 330 and night games. I am just looking out for you. 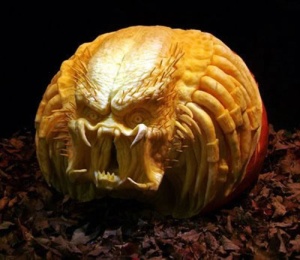 (Sidenote, I hate carving pumpkins. Not because I am terrible at making a cool design, which I am. Rather I am terrified of the orange pumpkin brains that you have to remove in order to carve a pumpkin. I have an irrational fear of being stuck inside a giant pumpkin and getting drowned in pumpkin brains. Its weird, I know.)

730pm Kentucky at Mississippi St ESPN: Pretty weak Thursday night game but we will make up for it in 2 weeks, do not fret.

8pm Boise State at BYU: Us with the sickness will watch but the rest of you will enjoy your Friday like a normal person.

9am College Gameday from Eugene: An early wake up on the West Coast but I am sure Corso and the Duck will have something fun worked up.

Noon Northwestern at Iowa BTN: See what I mean by a weak Noon slate?

Flip the channel: Houston at Rutgers ESPN News: This will at least have offense

Open up the Ipad: Vanderbilt at Texas A&M ESPN3: Manziel and some coffee will wake you up

330pm Texas Tech at Oklahoma FOX: Kliff never had much success in Norman and few teams do. Not sure T Tech and win this one. 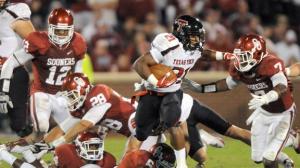 Flip the channel: Tennessee at Alabama CBS: Rocky Top is a functioning team this year but doubt it has much in the tank to beat Bama.

Sparty scouting: MSU at Illinois ABC/ESPN2: Time to scout out Sparty and their awesome defense and woeful offense.

7pm UCLA at Oregon ESPN: UCLA has to face the Ducks after playing Stanford last week. This plan did not go well for Washington, maybe UCLA can avoid back to back losses.

Flip the Channel: South Carolina at Missouri ESPN2: The battle of Columbia’s as Clowney will try to slow down Missouri. A win here for the Tigers all but clinches a trip to the SEC title game.

8pm PSU at Ohio State ABC: Allen Robinson is PSU’s only hope. He will have to have a crazy Gallon type game to have PSU win. I don’t see it since their secondary is so bad and Braxton will have some big throws off of play action.

1030pm Stanford at Oregon State ESPN: Stay up late and enjoy the Mannion to Brandin Cooks connection, it will be worth it.

4pm Steelers at Raiders: Calabrese and I will email each other all week explaining to the other one why their own team is bad and will lose this game.

8pm Packers at Vikings and the World Series: Or you could just go to bed

830pm Seahawks at Rams: Who is scheduling these MNF games?